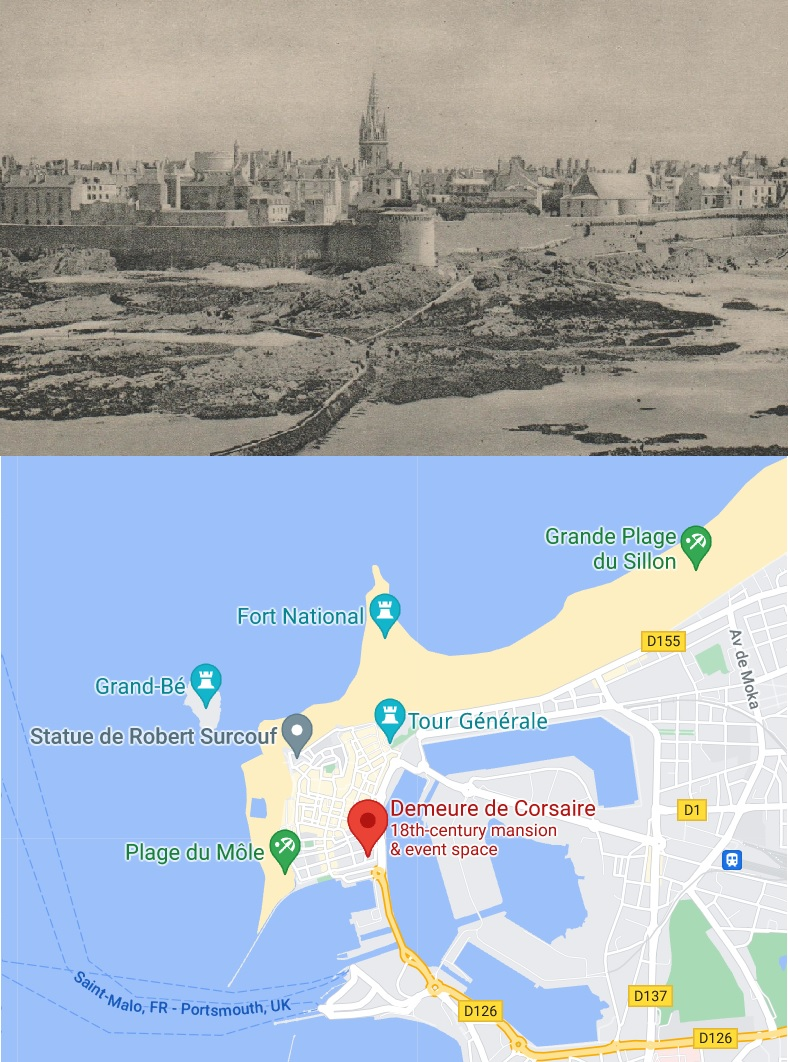 The city of Saint-Malo on the north coast of Brittany was the home of famous Corsair captains in the 17th and 18th century acting in the name of the king of France. Saint-Malo provided ships, crew, and support to the Jacobite uprising through Antoine Walsh, born in Saint-Malo and owner of the Du Teillay, son of Philip Walsh of Ballynacooly who brought king James II of England and James VII of Scotland back to France from Kinsale, Ireland after the battle of the Boyne in 1690. In Saint-Malo, the Jacobites received support from Richard Butler, brother-in-law of Antoine Walsh who stepped in 1746 to provide colonel Richard Warren with two ships, Le Prince de Conti and L’Heureux for the rescue of Prince Charles Stuart in September 1746. The expedition was a total success with the return of Prince Charles Stuart to Roscoff on the 10 October 1746 (N.S.) accompanied by many of his loyal partisans.