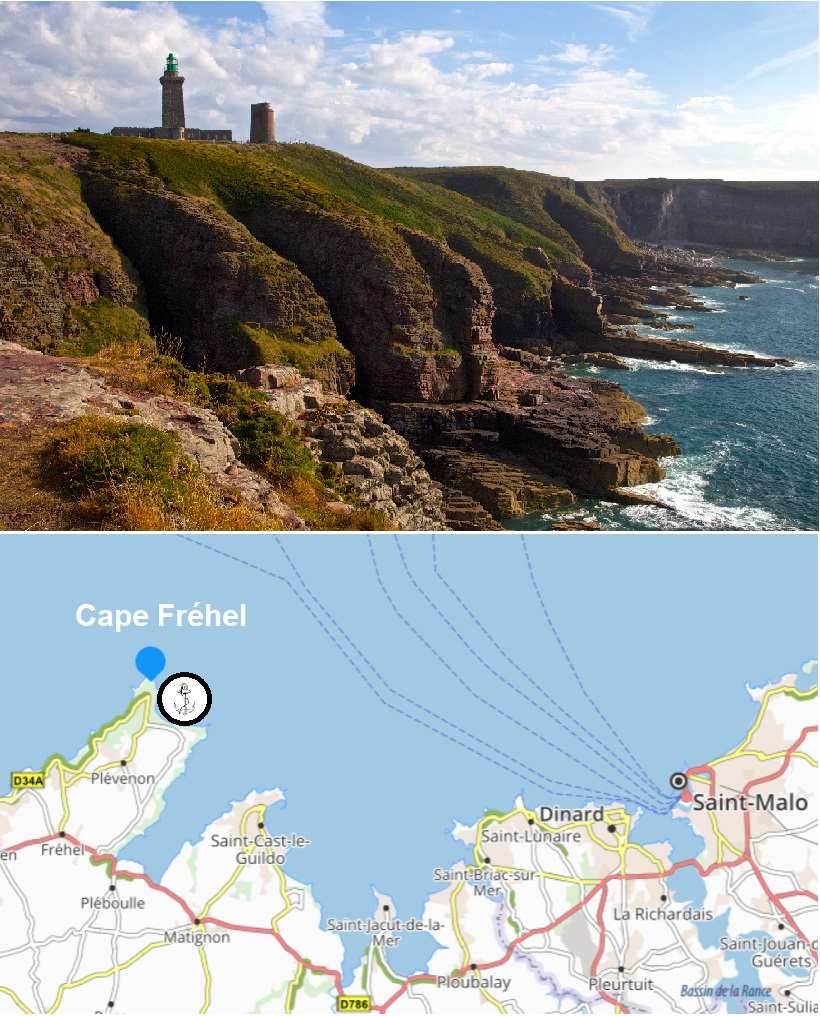 In 1746, Richard Butler, brother-in-law of Antoine Walsh, provided two ships, Le Prince de Conti commanded by the young captain Marc-Joseph Marion Dufresne and L’Heureux, commanded by Pierre-Bernard Thérouart de Beaulieu with the mission to locate, rescue Prince Charles Stuart and bring him back to safety. This was the sixth rescue attempt of Prince Charles Stuart under the supervision of Lord George Murray’s aide-de-camp, Colonel Richard Warren with the help of Irish Jacobites in exile and Michael Sheridan, the nephew of Sir Thomas Sheridan. The men came on board the two ships from Cape Frehel, west of Saint-Malo, on 24 August 1746 (N.S.).