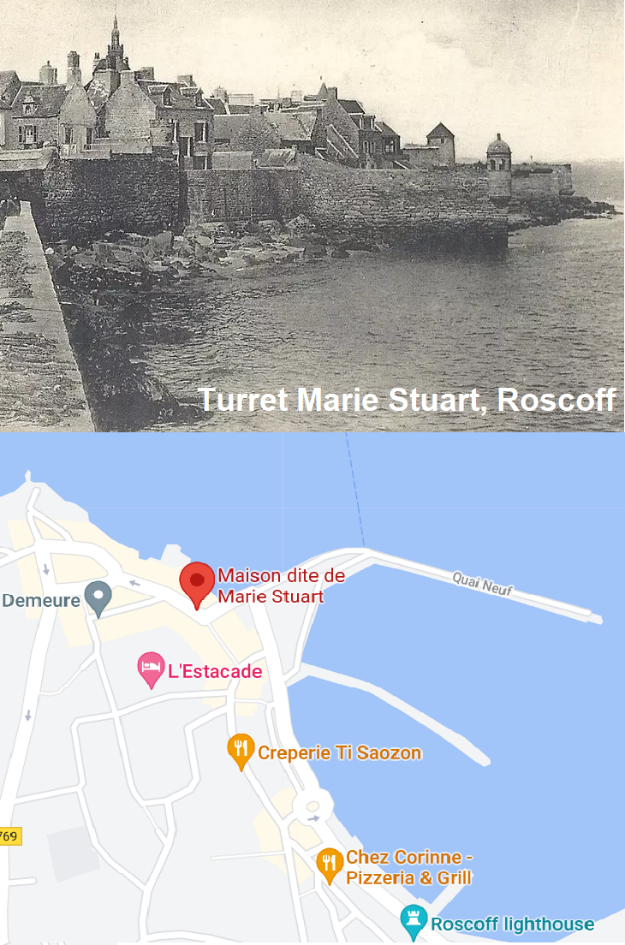 On the 11th of October 1746, Prince Charles Stuart arrived on board L’Heureux in the anchorage between the island of Batz and the port of Roscoff, in the north of Brittany following his successful rescue from western Scotland. Prince Charles Stuart was given a hero’s welcome with a 21-gun salute from the two Breton ships escorting him back to Brittany, Le Prince de Conti and L’Heureux. Accompanied of his loyal companions, with amongst them the clan’s chief Donald Cameron of Lochiel, his brother Dr Archibald, known as “Archie”, the young prince had returned to the city where his ancestor Mary Stuart found refuge as a child, when she was destined to be the wife of the heir to the French throne. Mary had arrived in Roscoff in 1548 well before she became queen of France in 1559 when she was married to king Francis II, only to become queen of Scotland after his premature death. On the day of his arrival in Roscoff on 10 October 1746 (N.S.), Prince Charles Stuart reached the chapel of Saint-Ninian to pay his respect to his illustrious ancestor. Intrigued by the announcement of the arrival of the two ships, the Comte of Dresnay, captain of the local coastguards, dispatched a troop of 300 men, wary that the two ships with Scottish Jacobites on board still dressed in their traditional outfits, could be carrying enemy forces in disguise. However, once he was made aware of the Prince’s identity, he lent him his horse, ordered his troop to form an escort and led him to his own house in Saint-Pol-de-Léon, located only a few miles in land from Roscoff.