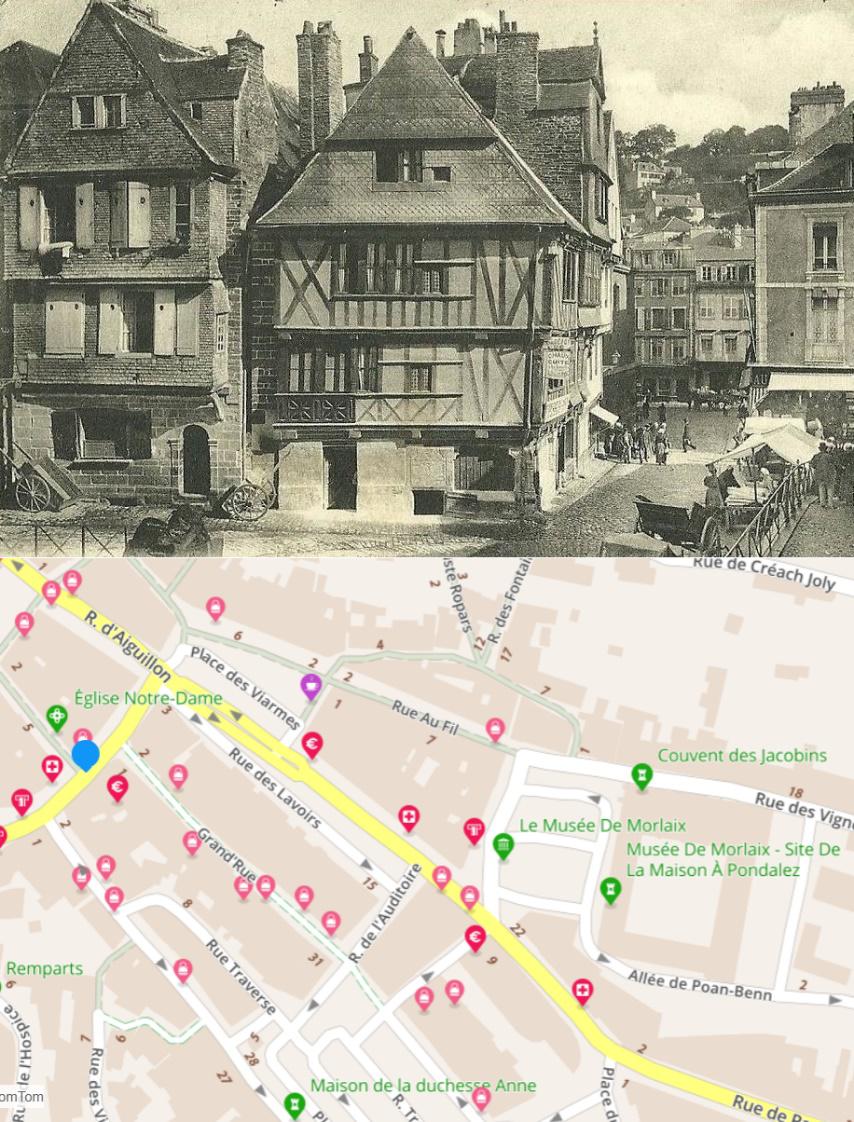 After his arrival in Roscoff on the 10th of October 1746 and a short journey to Saint-Pol-de-Léon, the Prince travelled on that same day to reach the town of Morlaix where, exhausted by a chase led by the British government forces that lasted five months, he finally slept in a proper bed. An important Irish community had settled in the town of Morlaix since the wave of Irish emigration following the defeat of the Boyne in 1690. Not surprisingly, the legendary exploits of Bonnie Prince Charlie who had managed to win many battles against the English, escape from the Red Coats and various spies dispatched across the Highlands had reached Morlaix before the unexpected arrival of the Prince in northern Brittany. In Morlaix, he was given a true hero’s welcome by the local gentry. He wrote a letter to his brother Henry that Richard Warren was instructed to carry to Fontainebleau ahead of the Prince’s arrival. Prince Charles Stuart then travelled to Saint-Brieuc before heading for the French capital.