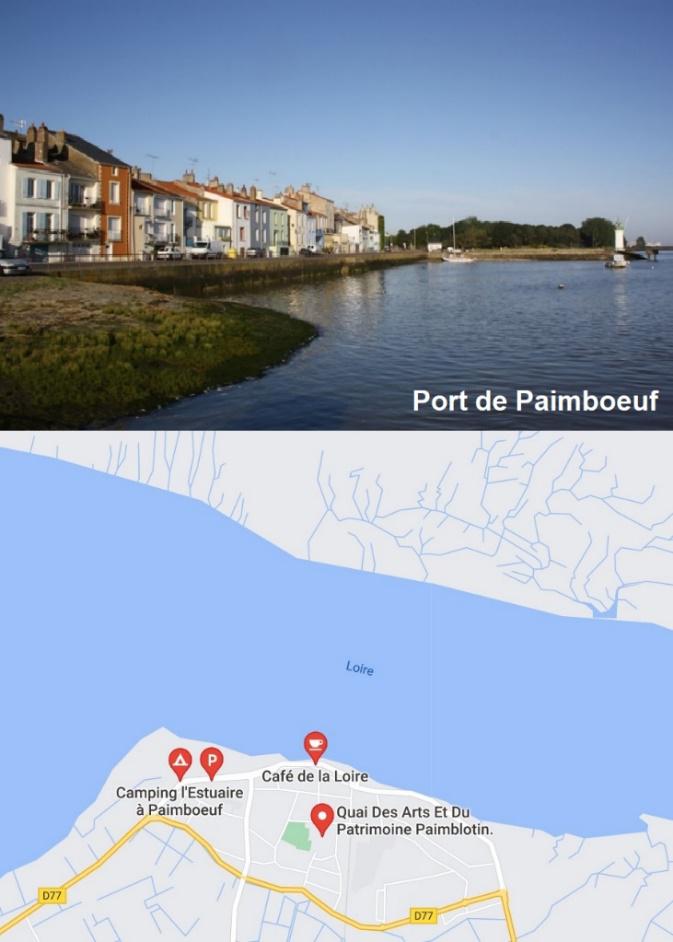 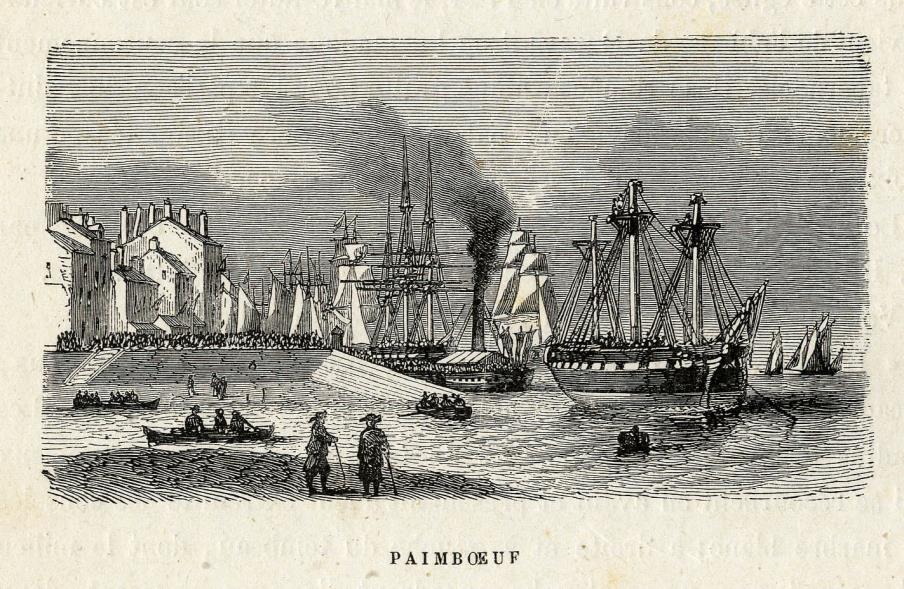 The small port of Paimboeuf is located some ten miles inland on the south bank of the river Loire. It was the avant-port of Nantes in the 18th century for ships of more than 200 tons that could not sail up to Nantes because the accumulation of sand in the river prevented larger ships from sailing further upstream. In March 1746, two frigates, Le Mars and La Bellone, were sent from Paimboeuf to mount a desperate rescue mission for the Jacobite army by providing a large amount of gold, weapons, ammunition, and brandy for Charles Stuart and his forces and, in case all hope was lost, locate, and bring the Prince back to Brittany. Whilst the Prince could not be found, the two ships faced three of the Royal in a sea battle at Loch Nan Uamh on 3 May 1746 (Old Style = O.S.). Le Mars, heavily damaged, and La Bellone – on board which a fever broke out, returned together to Paimboeuf on 7 June 1746 (N.S.) - with Lord Echo and Lord George Drummond safely on board Le Mars. Sir Thomas Sheridan travelled on La Bellone on board which a fever broke out during the return voyage. The hospital in Paimboeuf probably treated sick members of the crew.