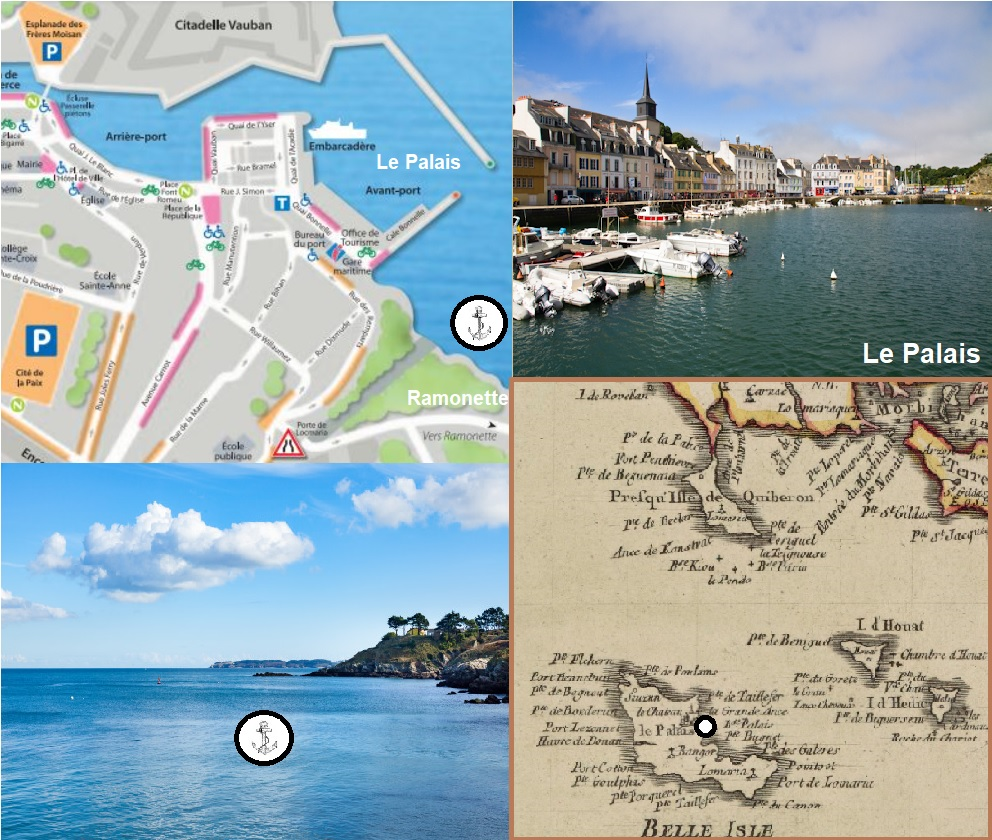 The Du Teillay with Prince Charles Stuart on board sailed throughout the night of 4 July 1745 (N.S.) to finally lay anchor in the bay just south-east off the fortified port of Le Palais in Belle-Ile, most probably by the beach of Ramonette located a mile east. The Prince had to wait on board the Du Teillay until 13 July 1745 for the arrival of her escort, L’Elisabeth, a vessel of the line of 64 guns built in Brest in 1722 and loaded with more than 500 men of infantry and crew on board. The two ships did not leave Belle-Ile for the south-west coast of Brittany until 15 July 1745 (N.S.). It is said that, during the ten days in Belle-Ile the Prince occupied his free time by learning the art of sea fishing.

Much later, the aide-de-camp to Lord George Murray, Colonel Richard Warren who organised the successful rescue of Prince Charles Edward Stuart in September 1746 on board L’Heureux was also given the command of Belle-Ile. As a reward for his efforts, Richard Warren was made Baron by King Louis XV before he became commander of Belle-Isle after the seven-year war.

Free car park. Follow the coastal path from the parking at Rue des Remparts through the gate below the city wall to Porte of Locmaria then follow the path to the beach of Ramonette. The path provides an excellent view to the bay.