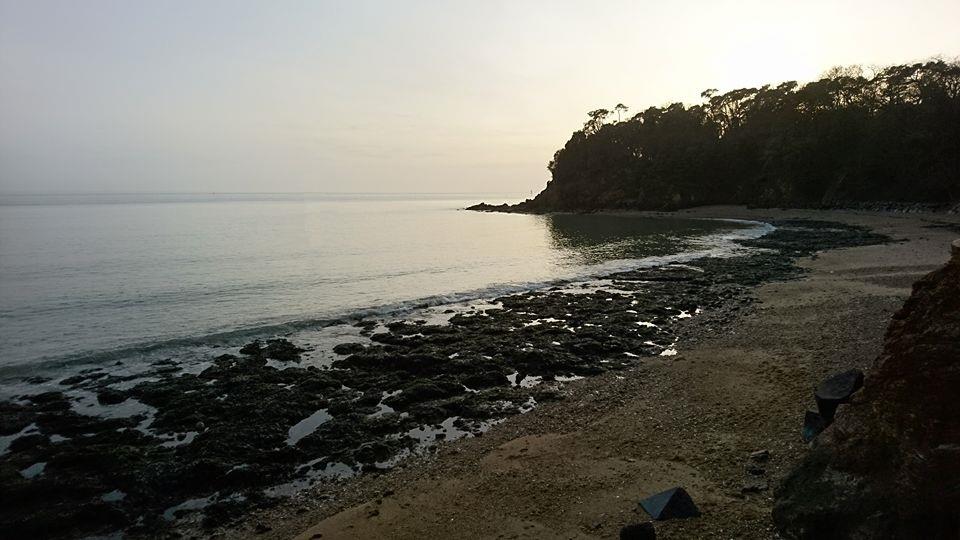 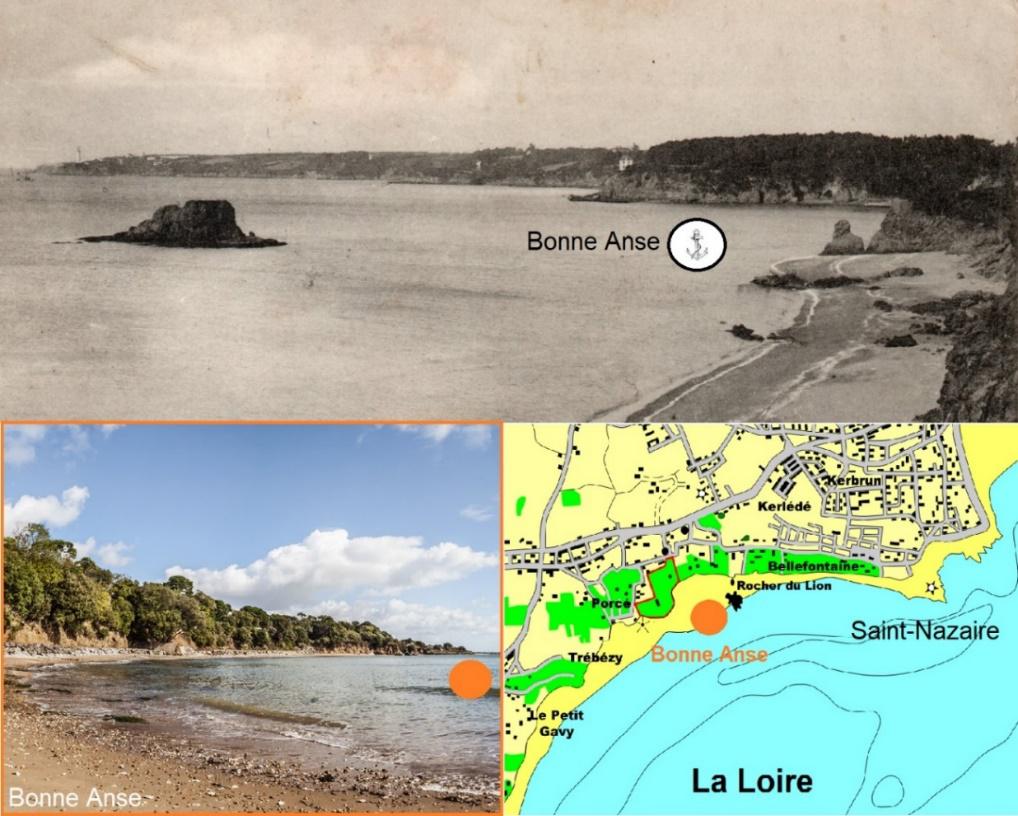 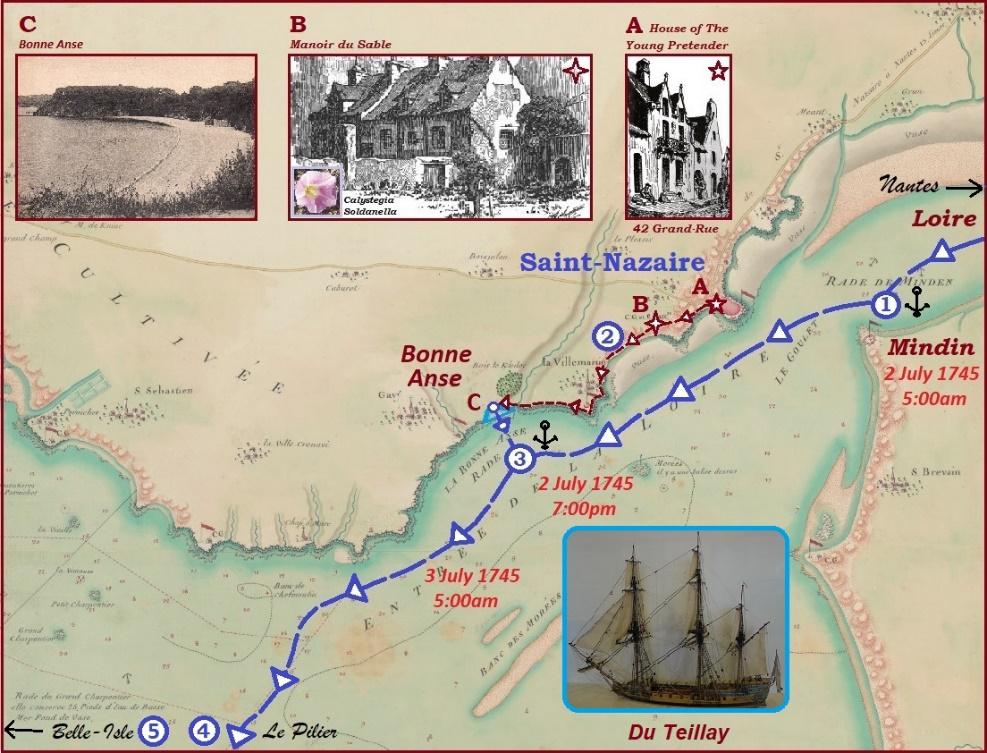 The Du Teillay, a small frigate of three masts or sloop, was a privateer armed with 18 canons and 24 swivel guns. She sailed from the port of Mindin in the early morning of 2 July 1745 (N.S.) to anchor in the bay of Bonne Anse in the afternoon. The seven men of Moidart, the companions of fortune of Prince Charles Stuart, had made their own way to reach Saint-Nazaire and embark on the ship. One of them, Cavalry Captain Sir John MacDonald, met a Mr. Talbot at an inn in the old town of Saint-Nazaire. According to Sir John MacDonald, the young officer was the same sailor who later commanded the Prince Charles in February 1746. The latter would have served aboard the Du Teillay and made the voyage of the ship from Saint-Nazaire to Amsterdam from July to September 1745. In the afternoon of 2 July 1745, Antoine Walsh, Sir Thomas Sheridan, and Prince Charles Stuart arrived together at Bonne Anse from the home of Séneschal René Galliot de Cran, residing at 42, Grand-Rue in the old town of Saint-Nazaire, where the Prince stayed a few nights. According to the local tradition, his house was later named "the house of the young pretender" (Figure 4). There is a path that stretches along the coast over 3 miles west of Saint-Nazaire that pedestrians can still follow today. This path known as chemin des Douaniers, takes hikers from beach to beach from the location of the old town of Saint-Nazaire to the bay of Bonne Anse (Figure 5). The Du Teillay set sail on 3 July 1745 at 5:00am bound for Belle-Ile where the ship remained at anchor nearly ten days until the final departure, on 15 July 1745 (N.S.), bound for Scotland, escorted by a 64-gun vessel, L’Elisabeth.