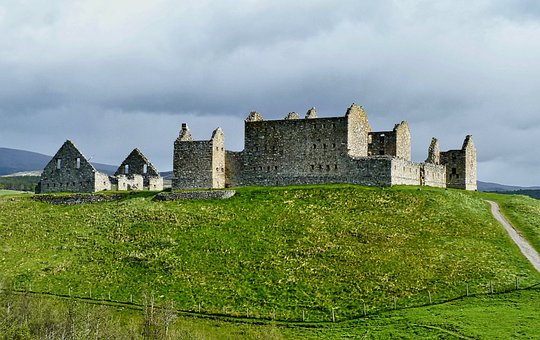 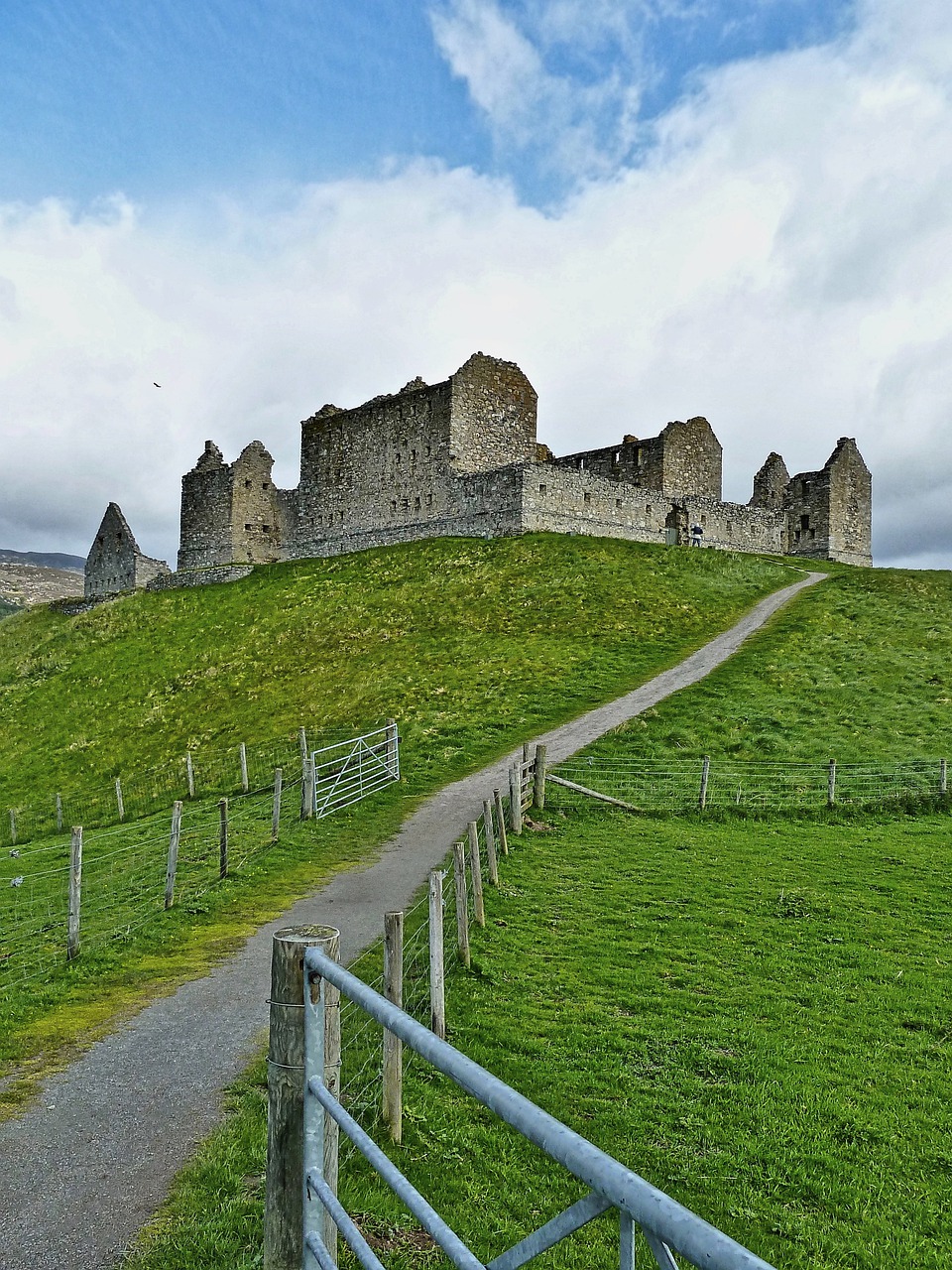 On the site of an earlier castle severely damaged by the Jacobites in 1689. Built by George II’s government after the failed Jacobite uprising of 1715 and completed in the 1720s. The troops stationed there were to maintain law and order and enforce the Disarming Act of 1716. The barracks saw action twice. 300 Jacobites failed to take the barracks in 1745, but a more heavily-armed attack in February 1746 forced the barracks’ surrender. The Jacobites rallied here after their defeat at Culloden before dispersing. The buildings were destroyed either in the February attack or after Culloden. The site is in the care of Historic Environment Scotland.