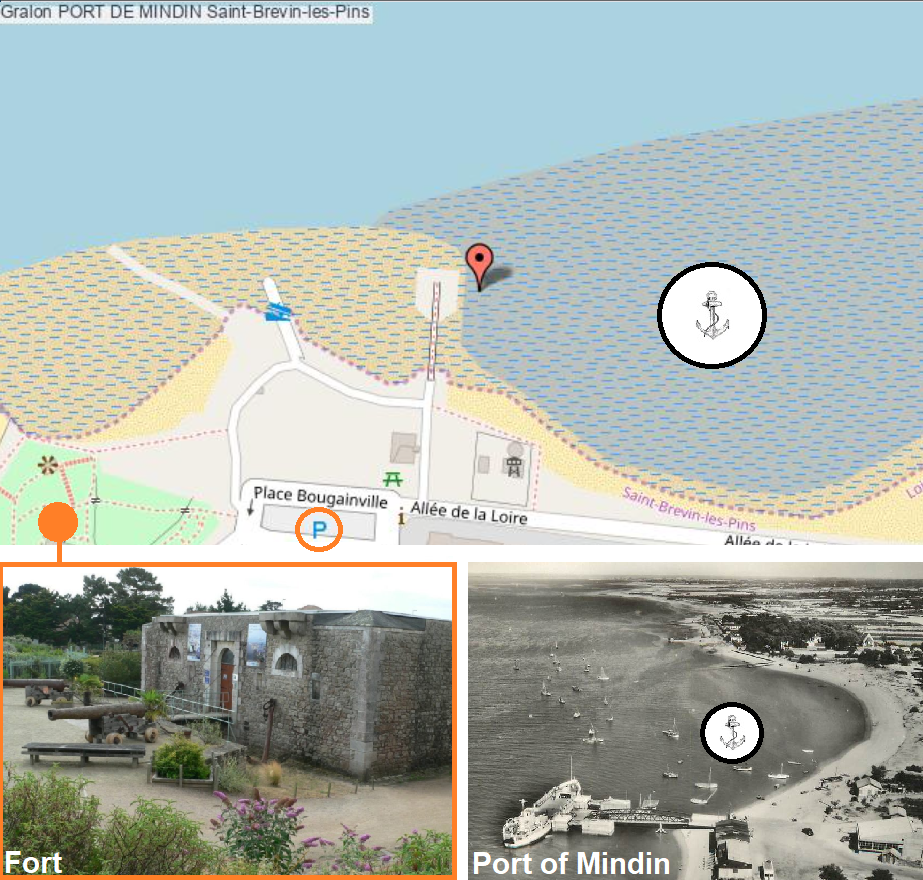 The anchorage point located east of the head of Mindin was the starting point of the Du Teillay in the morning of 2 July 1745 (N.S.), according to the log of Captain Claude Durbé. The light frigate or sloop was to take Prince Charles Edward Stuart to the bay of Bonne Anse located a few miles west of Saint-Nazaire and embark Prince Charles Edward Stuart on the evening of 2 July to take him to Belle-Ile, then the west of Scotland for the start of the Jacobite uprising. West of the anchorage located at the foot of the river bridge is also the location of an ancient fort dating to 1861 that now hosts the Maritime Museum of the River Loire, a museum dedicated to the history of the navigation on the river. This location provides some pleasant beach walks along the south bank of the river Loire with some interesting views on the shipyards of Saint-Nazaire on the north bank of the Estuary. 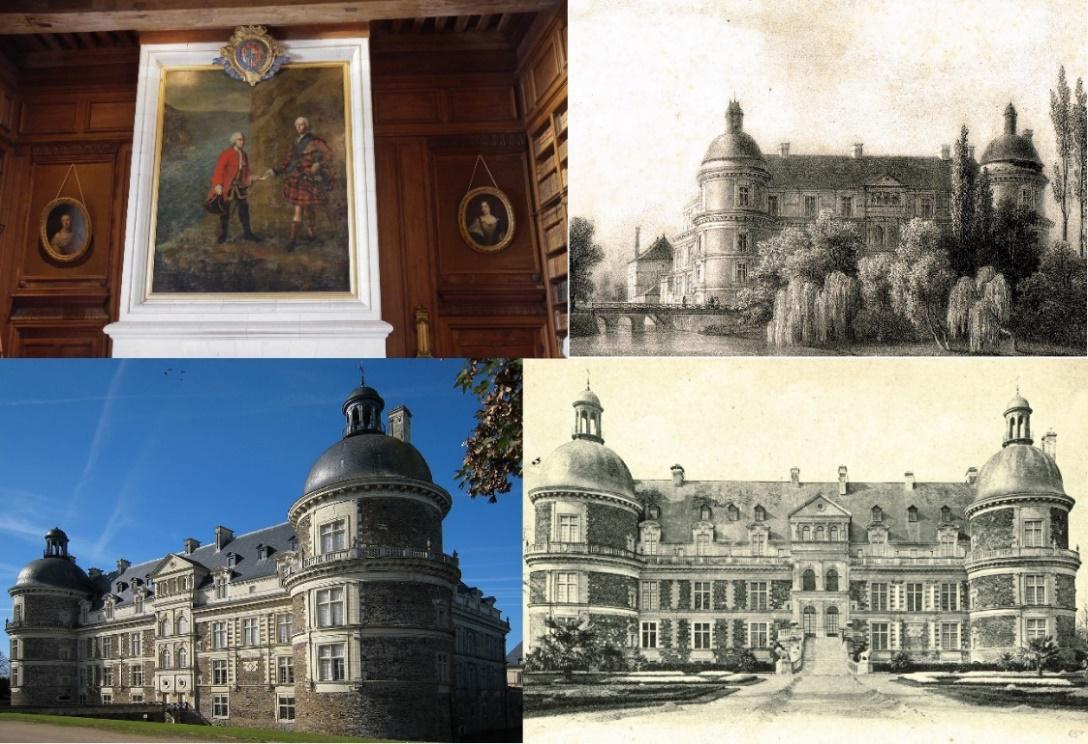 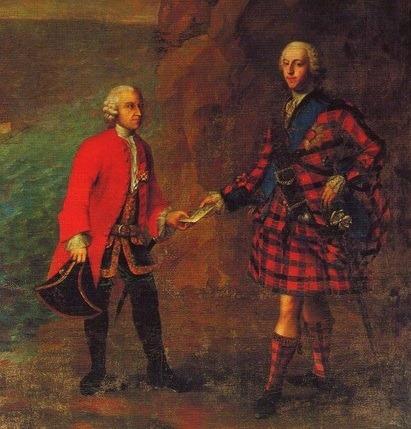 Located in Anjou, 50 miles east of Nantes, the Castle of Serrant was the residence acquired by the Walsh family in 1748 after the failure of the last Jacobite rebellion. Antoine Walsh was a fervent Jacobite who provided Prince Charles Edward Stuart with a ship bound for Scotland, the Du Teillay on 3 July 1745 (N.S.) and helped to procure weapons, ammunition and supplies for his quest. Antoine Walsh himself accompanied the Prince to Scotland, his ship laying anchor in Loch Nan Uamh on 25 July 1745 (O.S.). On 7 August 1745 (O.S.), the Prince handed over several letters to Antoine Walsh before the departure of the Du Teillay on 8 August. After Prince Charles Edward Stuart was rescued and brought back to Brittany in October 1746, the Walsh family commissioned a large painting in 1755 portraying Antoine Walsh receiving those very letters from the Prince on the shore of Borrodale in Loch Nan Uamh, in the Moidart area of Lochaber, in the Scottish Highlands. The painting was commissioned to commemorate Antoine Walsh’s unflinching support to Prince Charles Eduard Stuart. The Walsh family had the painting especially framed with the arms of England, Scotland, and Ireland as a tribute to the Stuart dynasty. The large painting, which has been registered with the French Monuments Historiques since 2019 can still be seen today above the fireplace of the magnificent library of the Castle of Serrant.

Opening hours for guided tours. Request the library as a supplement to the guided tour to admire the painting of Prince Charles Stuart and Antoine Walsh.

Housed in part of former seminary off the B9077, 5 miles from the City of Aberdeen. Free car and coach parking on site

Housed in part of former seminary off the B9077, 5 miles from the City of Aberdeen. Free car and coach parking on site 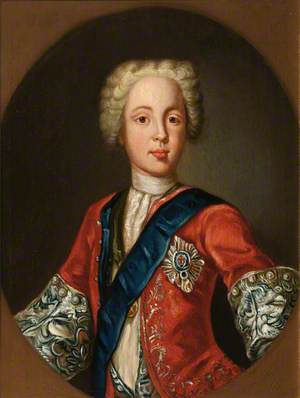 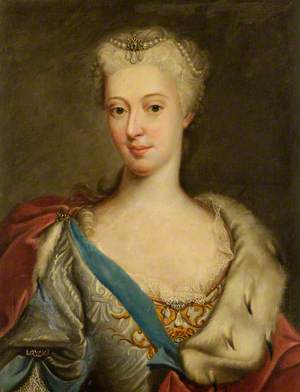 A museum of Scottish catholic history with important collections from the former Scots Colleges throughout Europe. The significant collection of Jacobite items includes many portraits.

IV30 1EQ. On the High Street in central Elgin.

IV30 1EQ. On the High Street in central Elgin. 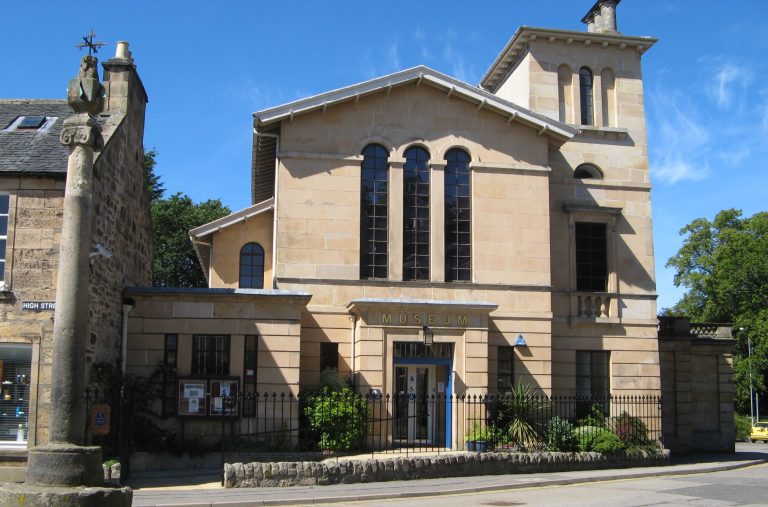 Scotland's Oldest Independent Museum (1843). Has a number of items with Jacobite links including an 18th century travelling cutlery set owned by Robertson of Struan, one of the Jacobite commanders in the Forty-Five, Jacobite era Highland weapons, items that are said to have been found on the Culloden battlefield, and a cup said to belong to Flora Macdonald.

EH2 1JD. In central Edinburgh. Accessible on foot from most central locations. There are several public transport options.

EH2 1JD. In central Edinburgh. Accessible on foot from most central locations. There are several public transport options. 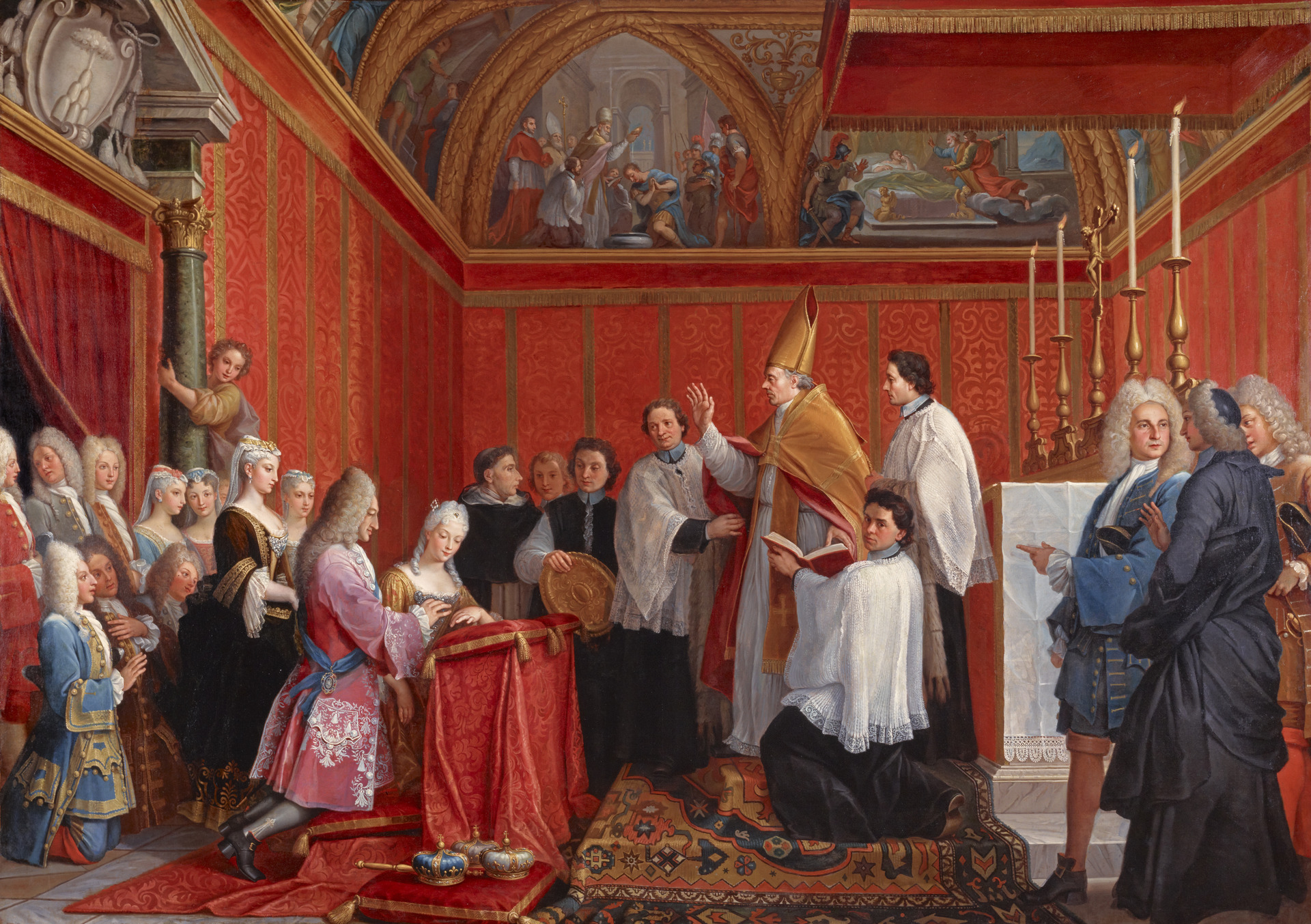 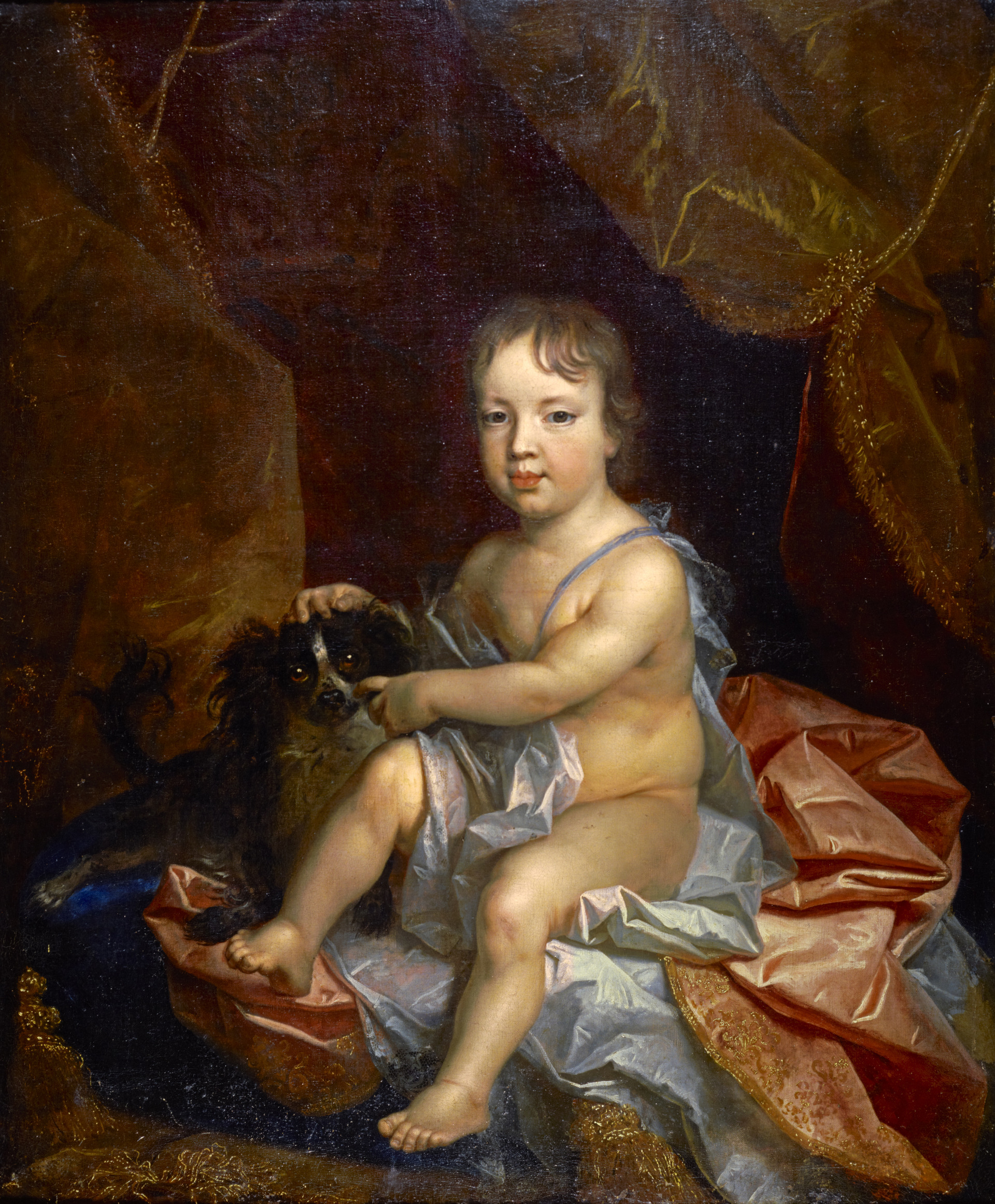 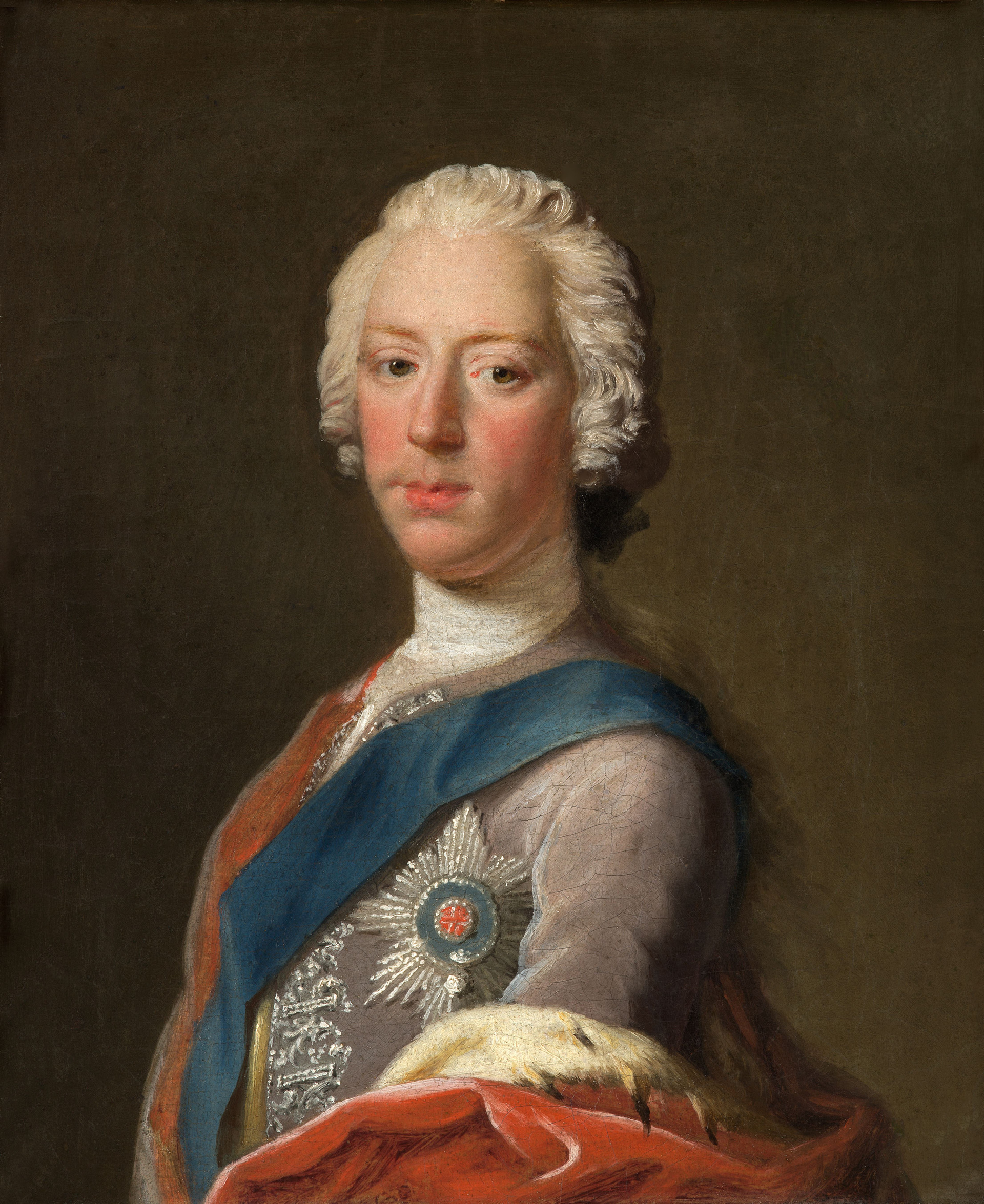 The Scottish National Portrait Gallery opened to the public in 1889 as the world’s first purpose-built portrait gallery. Its collections contain images of all the major characters who took part in the the Jacobite Risings and the Government response. Room 4 is currently displaying 'Imaging Power: The Visual Culture of the Jacobite Cause'. The collection includes several very good portraits and miniatures of Prince Charles Edward Stuart, James VIII and III, Prince Henry/Cardinal York, Viscount Dundee, James Drummond, third Duke of Perth, and Flora Macdonald. There are also collections of Jacobite glasses and Jacobite medals. Please check current exhibitions before visiting as these do change. 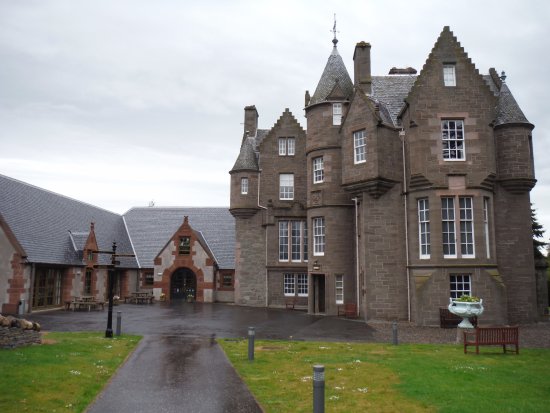 Historic Balhousie Castle is both the home of The Black Watch and the unique setting for their regimental museum. The castle was owned by the Hay family, the Earls of Kinnoull. The Seventh Earl and his heir were imprisoned in Edinburgh Castle in 1715 for their Jacobite sympathies. The Black Watch was founded in 1739 as one of the companies that provided a 'watch' over the Highland clans. It was known in Gaelic as Am Freiceadan Dubh, 'the dark or 'black watch. The displays illustrate the history of the regiment. 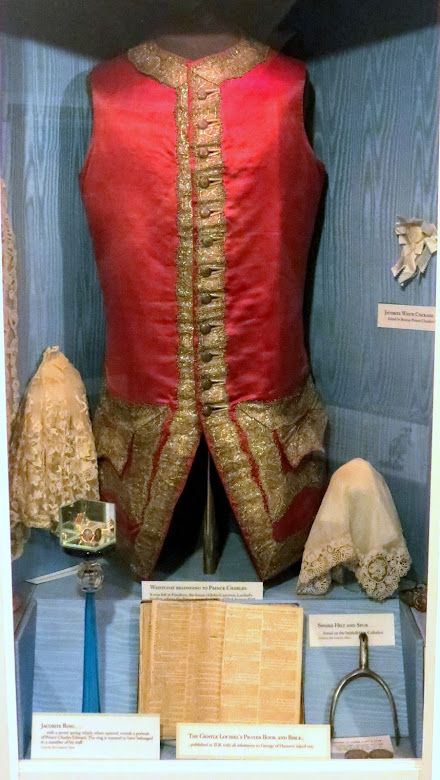 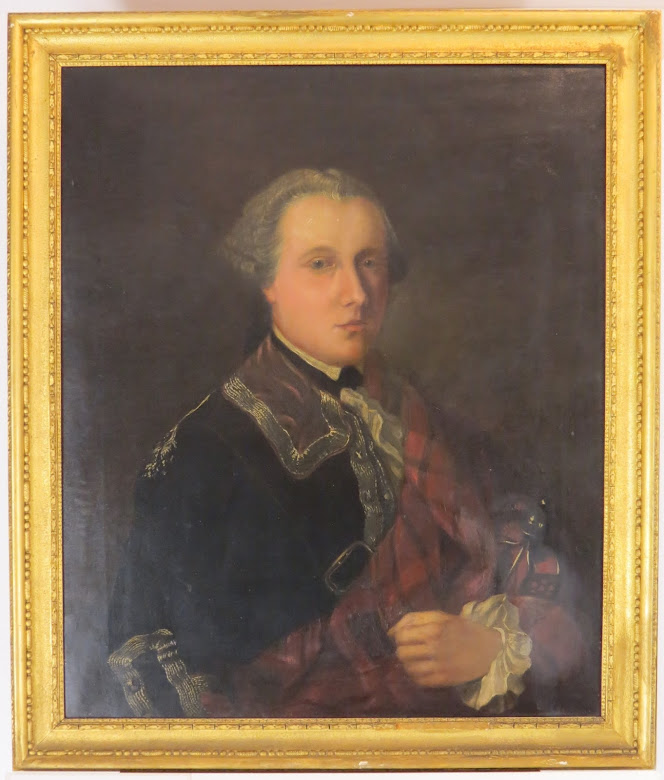 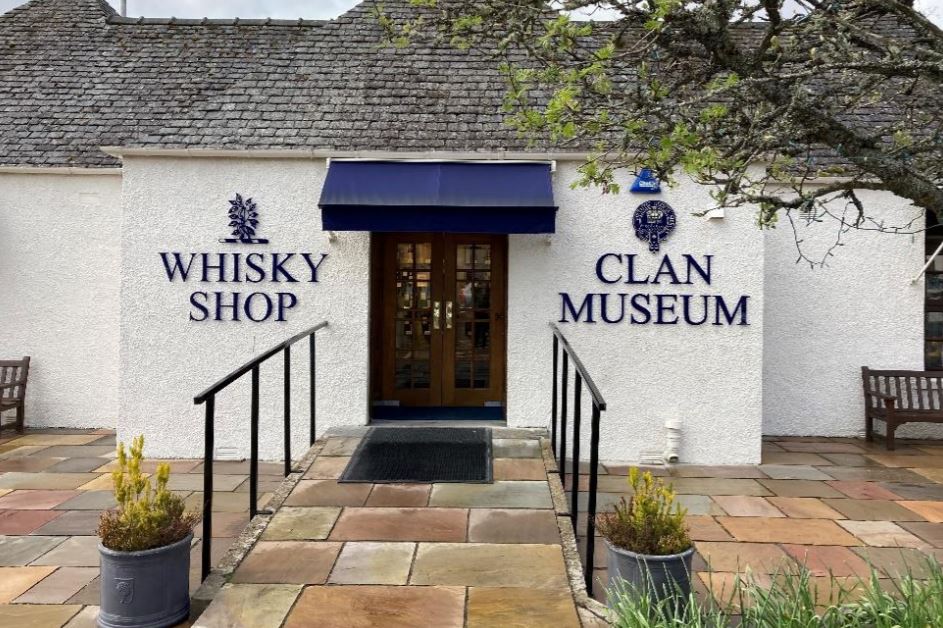 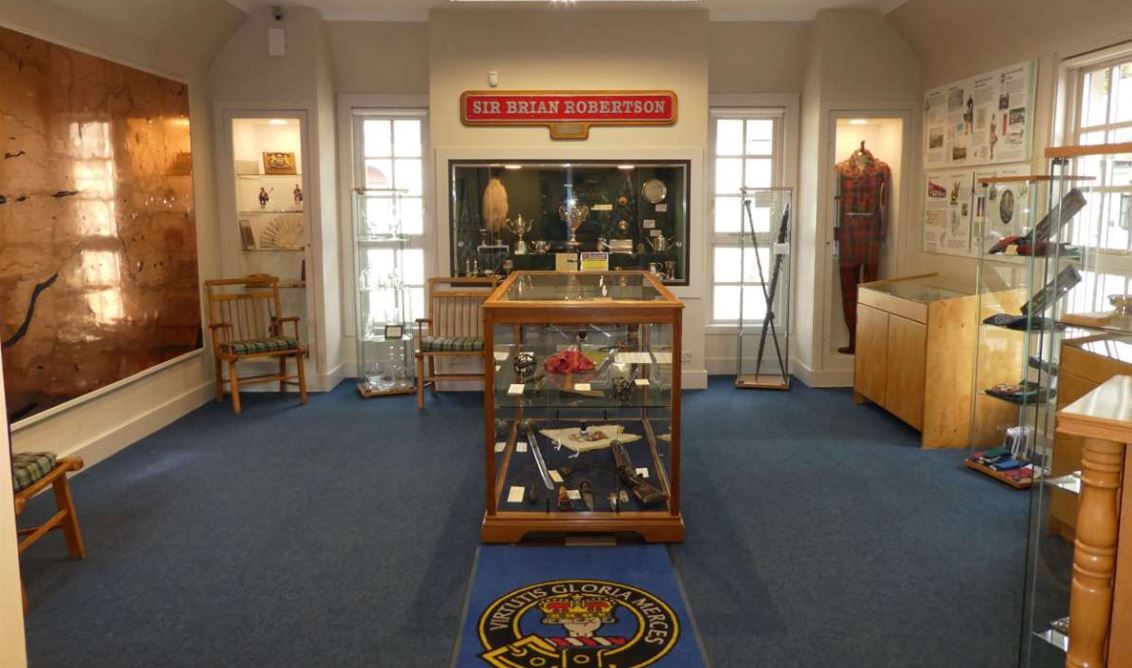 Clan Donnachaidh (the 'Children of Duncan'), made up of Robertsons, Duncans, Reids and other surnames, is closely associated with an area stretching from Rannoch in the west of Perthshire to the border with Angus in the east. It played an important part in in the 1689, 1715 and 1745 Jacobite risings. The museum contains Jacobite items and gives an overview of clan history. Jacobite exhibits include the sword, pistol and sporran of Donald Robertson of Woodsheal, who led the clan into battle on behalf of his cousin, the aged Chief, Alexander Robertson of Struan, who took part in all three Jacobite rebellions. There is also the travelling fiddle of Sir John Cope, the commander of the defeated government troops at the Battle of Prestonpans, which was found in his coach after the battle. The coach and all its contents were given to Struan, who returned home in it.

Adjacent to the village square and the River Tay. Signposted from the A9.

Adjacent to the village square and the River Tay. Signposted from the A9. 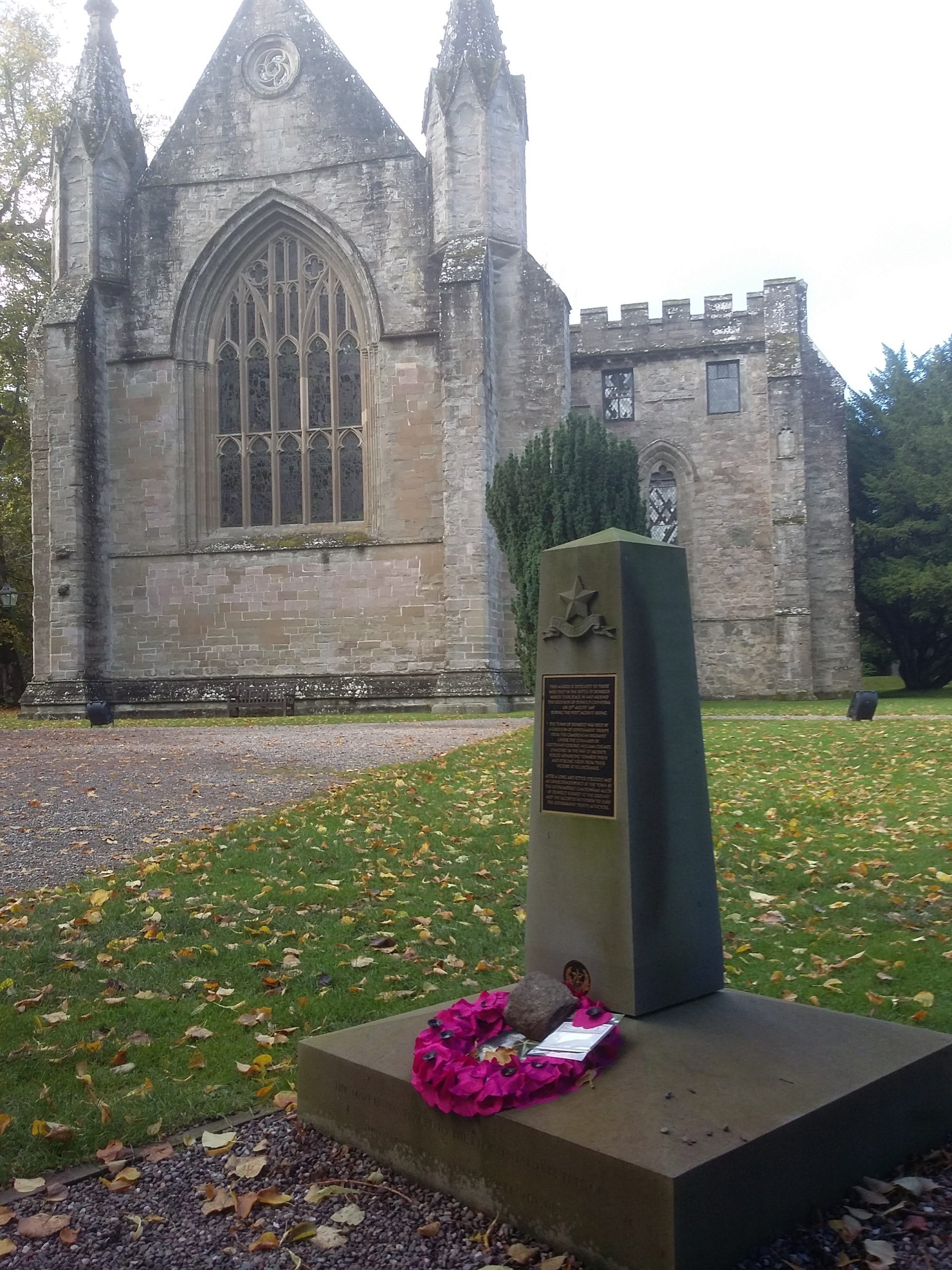 In the aftermath of Killiecrankie the victorious Jacobites moved south to attack the government's garrison at Dunkeld on 21 August 1689. The Cameronian regiment fortified the cathedral and held them off, although their colonel, William Cleland, was killed and is buried in the cathedral's nave . The town was badly damaged during the fighting. The cathedral choir now serves as the parish church and also houses the Chapter House Museum while the ruinous nave and grounds are in the care of Historic Environment Scotland.

Parking available in Dunkeld. Cathedral is visible from the grounds. No access to the nave at the present time due to conservation works. Choir and grounds have opening hours. Admission free.

1689 Battlefield Clans
Join now or login to add this to your trail map
We use cookies on our website to give you the most relevant experience by remembering your preferences and repeat visits. By clicking “Accept All”, you consent to the use of ALL the cookies. However, you may visit "Cookie Settings" to provide a controlled consent.
Cookie SettingsAccept All
Manage consent